March 28th is a super full moon called Warm Full Moon at 8 degrees and 18 minutes of Libra, the Sun in Aries forms an opposition to the Libra full Moon. 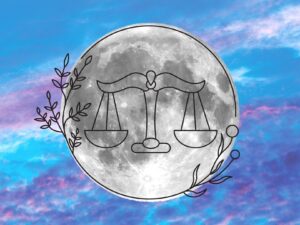 With triple 8 presented in this full moon: March 28th, at 8 degrees and 18 minutes, this full moon can reflect the power struggle both at a large scale and personal level because Number 8 in numerology represents power and prosperity. Let’s take a look at how the polarity of energy is playing out.

The Significance of Spring Equinox

March 20th spring Equinox marks as the official entrance of the age of Aquarius, we are going to stay in the air signs for about 200 years, so it is the beginning of a new big cycle. During the spring equinox, the sun crosses the celestial equator from north to south and enters Aries and the day and night are equal in length. The dark and the light are also symbolic of the divine feminine and masculine energies within and all around us. If you take a look at Schumann resonance during this spring equinox, guess what happened? There was a series of events of anti-lockdown global protests, the human consciousness is rising at the global scale and people are waking up. This is synchronicity! The sun is in Aries, which is about leadership, initiation, and assertive warrior energy. Schumann resonance had a series of spikes and a blackout during this time that synchronized with these global events, this has a direct influence on the Earth’s magnetic grids and our energy fields and physical bodies. 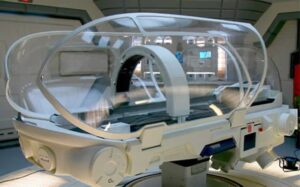 On March 26th, Mars conjuncts the north node in Gemini, Gemini emphasizes facts and communication. With Mercury conjuncts Pisces and Neptune, this energy of conjunction will bring in inspiration and imagination, people show more compassion and love through their communications with one and another.

The sun is in Aries, the moon is in Libra, Libra is ruled by Venus, the planet of love and relationships. Venus aligns with the Sun, which helps resolve conflicts in relationships and brings in harmony and love. Libra is a sign of justice, equality, and fairness, with the strong influence of the sun energy, this would emphasize some legal issues especially what is going on in Washington, D.C. in the United States. This full moon is also supported by the energy from Mars and Saturn with a grand trine. With the sun in Aries and Mars in Gemini, this will help speed up some big shifts with the air energy. With both Saturn and Jupiter in Aquarius, people from the ground will trigger big changes for humanity and the conflicts between the authorities and people yearning for freedom and liberation will be ongoing and spread at the global scale due to Jupiter’s expansive energy. The wounded healer – Chiron functions as a bridge to help smooth the challenges, which indicates that through the pain and suffering we are going through right now, we are able to heal ourselves and our loved ones.

This year, the dominant energy is that Saturn squares Uranus, we just encountered this difficult square position last month, and the next one is in June. Saturn is a planet of limitation and restriction, and Uranus is a planet of freedom and breakthrough. Uranus can trigger drastic and evolutionary changes. Saturn is currently in the air sign Aquarius and Uranus is in Taurus, which is an earth sign that is associated with values, agriculture, and physical strength. Due to this difficult square position, it can trigger tensions and challenges that give birth to revolutionary changes in our political structures, healthcare, financial system, legislation, and consultation levels.

Saturn squares Uranus every 21-22 years, let’s take a look at history. There were notable events in music that took place in 1999, which marks 1999 as one of the greatest years in the music industry.

Saturn squares Uranus can give birth to a new age in the music industry such as frequency healing, especially 432Hz frequency healing that is associated with Schumann resonance, which has a significant impact on our mental health and emotional well-being.

This square energy also gives birth to a new financial system – the Quantum financial system, which will start its physical manifestation in the United States this year.

With Uranus in Taurus that is associated with the physical body, this can bring in a new healthcare system – The technology of the Medical Beds that is based on sound and frequency healing. Soon humanity will experience miracle healing with drug-free.

It will also trigger a new government system that emphasizes self-government, fairness, and equality, which is exactly what the Age of Aquarius all about. The United States will lead this transformation of this new political structure.

With Saturn in Aquarius associated with technology and communication, this can give birth to a new social media system that is already in the making! 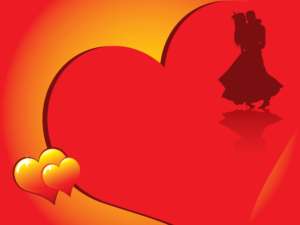 At the personal level, this super full moon highlights love and relationships, it could be a closure of an old one or the beginning of a new one. It is Spring in the northern latitude, love is in the air! The Aries-Libra polarity indicates the subtle dance in the relationship axis, where Aries emphasizes “self,” and Libra represents “other.” This full moon will trigger awareness of balance in a relationship. A balance between independence, co-operation, and equality. Libra moon is diplomatic, equality-minded, while Aries Sun emphasizes leadership and independence. This full Moon reflects this conflict within a relationship and how to balance this polarity with feminine and masculine energies. This full moon period is a great opportunity to seek a new relationship if you are single, however, you should be aware of the tendency towards idealistic love that can have the potential to make you vulnerable to a broken heart and disappointment.

In terms of career, with the dominant square energy between Saturn and Uranus this year, it is a good idea to be adaptable and open to changes. If you stick to the old structure and beliefs all the way, it may lead you to a dead-end, but if you take a path of total liberation, you may find yourself filled with anxiety of uncertainty. Certain liberation and change of perspectives will guide you to travel more smoothly during this challenging time.

I hope you enjoy the information, if you would like to book a personal reading with Lucy Liu, please check a variety of readings that she offers.