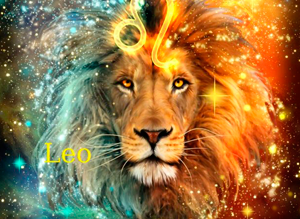 The full moon will arrive on Feb.16th at 27 degrees of Leo. Number 7 (1+6 =7) is highlighted in this month, which is the number of spirits, it is associated with faith and inner wisdom. 27 degrees have been repeating at each full moon for a few months. The sum of the single digit of 27 is 9 (2+7 = 9). Number 9 is associated with changes and endings. The energy of both numbers is expressing itself during this month. It is the faith and the strength of spirit that bring people together to form worldly events at large, such as the Canadian Trucker Freedom Convoy that ignites the global movement for freedom. God’s spirit of 9 is in motion and expression. The transformative planet Pluto will return to the natal chart of the United States on February 22nd, 2022. Number 22 is a master number as a global builder, we can expect that the United States will lead the world for transformation at a large scale, including political structure, finance, education, etc. 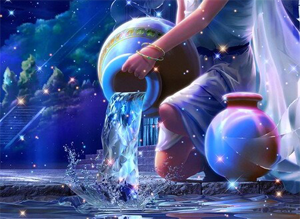 The new moon on February 1st in Aquarius highlights equality and humanity. It also coincided with the Chinese New Year – The Year of Tiger. The Year of Tiger can trigger impulsive and restless energy, the tiger is associated with communication and the element of water. 2022 is a water tiger year, so is 2023. We can expect our emotions are highly charged this year. Venus-Mars conjunction will kick off in February in Capricorn and forms exact conjunction on the 16th at 16 degrees, back to number 7 again. Venus and Mars conjunction is associated with social transgression, sex scandals, children trafficking, etc., which can be the spotlights in the news this month, of course, mainstream media will downplay the game, you have to do your own research. At the beginning of the month, both Mercury and Venus go stationary direct after retrograde. Mercury conjuncts with Pluto can shed light on these dark secrets. People demand disclosure and form unusual alliances for changes and freedom, this perfectly applies to the world-famous Canadian Trucker Freedom Convoy that gathered more than one million people just in a few days, raised more than 10 million dollars, and gained the support of truckers from the United States and other countries. The Convoy is more than 75km long and it is going strong, not to mention that it has already broken the record in human history.

This new moon in Aquarius also activates the challenging energy of Uranus Saturn square. This year, we continue to see conflicts of this square energy. With the un-stabilizing and disruptive nature of Uranus, our political and social structures are collapsing and new structures are in the making. People are demanding more freedom, including freedom of work, freedom of speech, and self-governing. The Aquarius energy for humanity is getting stronger and stronger. 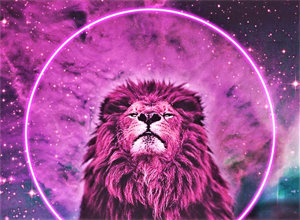 This full moon on February 16th will fall into the zodiac sign of Leo. Leo energy emphasizes self-expression, courage, leadership, creativity, and following your heart. Venus-Mars conjunction in Capricorn is in harmony with Uranus and Neptune, this is a great time to take action to pursue your dream and freedom, Expansive Jupiter is also in harmony with Uranus, which will bring in positive changes and optimism. On February 17th, the moon is going to move to Virgo and opposite Jupiter, which will activate the energy of Jupiter for more positive changes. Both Jupiter and Neptune are in Pisces, which indicates the influence of higher consciousness, big dreams, hopes, and unconditional love. You may experience more vivid dreams at night. The moon in Virgo will trine Uranus, which flavors changes to break free. However, Saturn forms a hard aspect with freedom-seeking Uranus, which tries to block and slow down the changes. This full moon is also very close to the fixed sign Regulus. Regulus is a blue-white star in the Leo Constellation. The traditional name Regulus is Latin “Prince” or “Little King”. In Arabic, it means “the Heart of the Lion”. You may not aware that Regulus was the symbol of the heart on the Sphinx of the Great Pyramid. The ancient builders of the Great Pyramid were way ahead of the game thousands of years ago in terms of astrology. Regulus is associated with the Archangel Raphael, who is a magnificent healer. It also represents power and glory. This alignment adds more highlight on leadership during this full moon, which indicates we are calling for heart-centered true leaders moving forward. Regulus and moon conjunction also favors female leaders, and we shall see more female leaders step out. 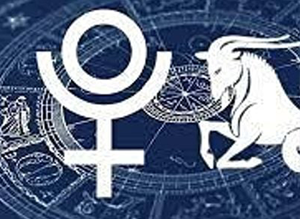 Pluto Return – Transformation Is Under Taken

The United States has a very profound planetary return of the planet Pluto on February 22, 2022, which will bring in transformational changes in the United States and spread to the rest of the world. Pluto is associated with power, transformation, death, and rebirth. Pluto return happens around every 248 years, which means Pluto is going to return to the natal chart of the United States since the country was founded in 1776. Pluto returns signal the ends of empires, the changing of structures, and the transfer of power. America has Pluto in Capricorn in the second house of money, property, security, and values. Capricorn is ruled by Saturn, which is associated with government and political structures. With Pluto in Capricorn, financial systems, capitalism, laws, leaders, and any form of government structure are going through a deep transformation.

In 1776, the full moon was in Aquarius at 27 degrees, mirroring this full moon in its polar sign Leo at 27 degrees. The Declaration of Independence was signed on July 4th, 1776 in the United States, it was held in the hearts of many Americans, which synchronizes the theme of Aquarius energy – equality and fairness. More than 200 years later, this full moon is going to emphasize the transformation of leadership to heart-centered Leo quality. 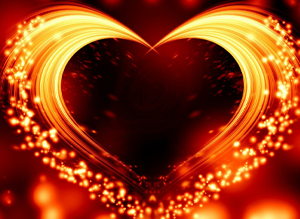 At the Personal Level – Romance
Is on Fire

At the personal level, Venus is going to conjunct with Mars for two months, which highlights love and romance. If Capricorn is in your 5th or 7th house, you may experience some passionate romance triggered by Venus and Mars conjunction in Capricorn. With unexpected Uranus trine this conjunction, your lover can be an unexpected encounter. Leo represents the individual and it is ruled by the sun, while the sun is in Aquarius, which represents the groups and collective. This full moon is about how to interact with others without losing your individuality. Venus represents feminine qualities, while Mars represents masculine energy, this Venus and Mars conjunction can trigger very passionate and action-driven romance. This conjunction is also in harmony with the dreamy energy of Neptune, you may idealize your love encounter and fall into an illusion of a soulmate relationship too quickly. It is important to do some romantic research and reality check before moving too fast in a relationship. This conjunction also flavors the creative energy of artists stimulated by Neptune and Venus. Your dreamed masterpiece of artwork may land into your reality right in front of your eyes.

In summary, the energy in February is charged with heat and passion, big changes are in the making, we are at the dawn of the new age!

I hope you enjoy the information, if you would like to book a personal reading with me regarding your health, career and personal relationships, please check a variety of readings that I offer.