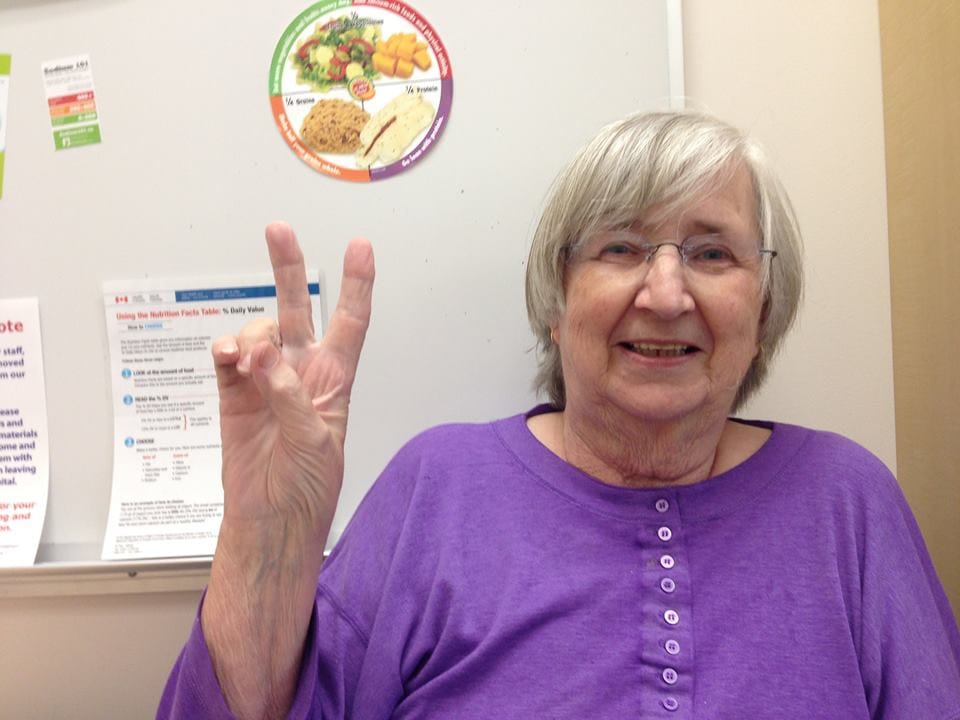 Imagine what would happen when you hear the word “cancer”, scary, right? What if I were to tell you that someone has survived six cancers, including a few very progressive ones without chemotherapy or radiation? Unbelievable! Isn’t it? But this is a very true story from one of my clients.

When I first met Ingrid, it was more than3 years ago. She painted a very different picture compared to other clients and that picture is still very vivid in my mind even today.

It was a pleasant summer day, I saw this lady walking into my office smiling, her voice was full of energy and assertiveness. She said, “I feel like my body is regenerating every day after I was first diagnosed with uterus cancer, the doctor said that the cancer cells had blossomed in my uterus. The doctor also said that I will not make it to 40 years of age, I am 76 old now and I am planning to live to at least 100 years.” I looked at the confidence on her face and said, “What you believe in will come true!” She then told me how she had overcome six cancers in her life and still enjoys her healthy and happy way of life today.

After her first cancer, which was uterus cancer, she was then diagnosed with ovarian cancer. She underwent another surgery, however, there was no chemotherapy at that time and she refused radiation due to fears of radiation burns.

My interpretation of the way she talked of her cancers seemed like someone had just recovered from a cold.She is so confident that she can take care of her body in a good way and has the ability to handle whatever comes her way.

I noticed there is no “suffering” in her story.It is all about victories and triumphs. I can feel the positive energy that she carries. It is so strong that can inspire anyone around her. She also has a great sense of humor that makes me laugh all the time.

She just past her 79th birthday on June 20th this year, she dropped my office as the same lady I met a few years ago, except she is more mentally sharp and told me that she is going to live to 103 years now with good laughter. The record of 100 years of age is already history, she said.

It has been my curiosity to explore her story, and after we discussed her lifestyle, her thoughts, and beliefs, I summarized these 3 top secrets which supported her battles with cancers and living a life that is full of joy and happiness.

Here is even more promising news from statistics, from the table below, you can see that we have higher cancer survivor rates compared to what we had more than 3 decades ago. 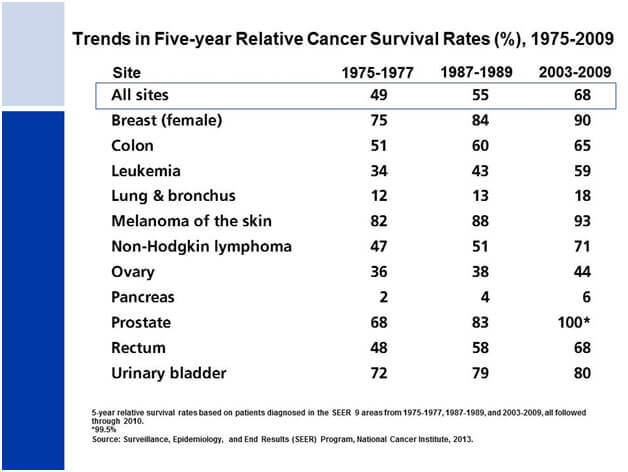 I attached a short recording about the conversation I had with her a few days ago when she dropped by. I hope Ingrid’s story offers you some “food for thought”. I have been using her story to inspire other people who are battling with cancers. But today I would like to spread the word to encourage and inspire more people in the world.

The message here is to stay positive and believe in yourself. You have the power to create a healthy body, and a better life.Miracles happen all the time!

What are your or your friends’ inspirational stories? Please share with us to support others’ success.