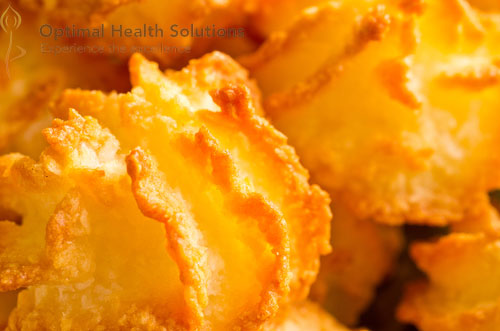 Coconut flour is a delicious, high fiber, and gluten free healthy alternative to wheat and other grain flour. In addition, coconut flour is low in digestible carbohydrates, which is an excellent choice for those who have diabetes. Coconut flour has a slightly sweet taste with a pleasant and inviting smell.

Gluten-free
Two-thirds of the body’s defenses reside in the digestive tract, not surprisingly that the major cause of chronic inflammation starts in the gut. Gluten is a common allergen, it is a protein composite found in certain grains, such as wheat, barley, and rye. Gluten causes inflammation in the small intestine of people with celiac disease. A gluten-free diet is used to treat celiac disease. Coconut flour comes from the dried meat of coconuts which is then finely ground. It is gluten-free and does not trigger an inflammatory response within the body. It can be used in baking and cooking. This is one of the biggest reasons why people choose coconut flour and make it so popular. Also, you could read How to Guard Your Gut and Improve Your Overall Health to learn more about how to guard your gut.

High in fiber
Coconut flour is very rich in fiber, it contains 58% dietary fiber, which is almost double the amount of fiber found in wheat bran. Fiber has many health benefits, it keeps you full longer and helps reduce food cravings, and this helps you achieve a healthy weight. It also improves your blood sugar profile especially for those who have diabetes. Furthermore, it lowers your cholesterol by removing excessive bad cholesterol from your body and reduces your risk of coronary heart disease. The daily recommendation of fiber for a healthy adult is 21 to 38 grams a day. However, according to surveys, very few people even come close to that amount. Except for coconut flour, top sources of fiber are beans, artichokes, bran, berries, prunes, etc.

A source of protein
Because coconut flour comes from the meat of the dried coconut, it is a good source of protein. Although coconut flour does not contain gluten protein, it contains just as much protein as wheat flour, and it is beneficial in helping cell growth and rejuvenation.
Coconut oil is extracted from the kernel or meat of coconuts that are harvested from the coconut palm. It is very stable at room temperature due to its high saturated fat content and lasts up to two years without rancidity. It also has a high smoking point (450°F/232°C), which makes it an excellent choice for baking. The smoke point in cooking is the temperature of the oil begins to break down. 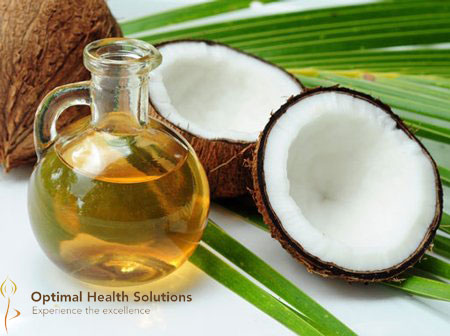 Rich in lauric acid
Lauric acid is a medium-chain fatty acid found mainly in coconut oil. Pure coconut oil contains about 50 % of lauric acid, which is the most abundant source of lauric acid available in nature. It is converted into monolaurin in the body, which is a monoglyceride compound that demonstrates antiviral, antimicrobial, and antifungal properties. Both lauric acid and monolaurin are effective compounds for the treatment of Candidiasis and fungal infections.[1],[2]

Reduce Seizures and Alzheimer’s disease
Coconut oil is known as brain food as it is rich in special fats that play an important role in the health of our brains. The best known therapeutic application is the ketogenic diet, which is a very low-carb and high-fat diet, used in the treatment of drug-resistant epilepsy in children. Because of the medium-chain triglycerides (MCTs) in coconut oil, it is easy for the liver to break down and turn them into ketone bodies, and they are often used in seizure patients to induce ketosis while allowing for a bit more carbs in the diet.[3] Researchers have suggested that ketones may provide an alternative energy source for the malfunctioning cells in the brain and reduce symptoms of Alzheimer’s.[4]

Weight management
Researchers have demonstrated that MCTs result in less body fat deposition and reduced abdominal fat.[5], [6] Most of the fatty acids in the diet are long-chain fatty acids, but the medium-chain fatty acids in coconut oil are metabolized more easily into energy in the liver, leading to sufficient burning of energy and helping boost the body’s metabolism.[7]

Other health benefits
Heart health: It has been shown that lauric acid increases the good (HDL) cholesterol in the blood to help improve cholesterol ratio levels. Coconut oil lowers cholesterol by promoting its conversion to pregnenolone, a precursor of many of the hormones that are needed in our body.[8]

In addition, coconut oil is also known to help promote healthy skin and hair. Coconut oil can improve the moisture and lipid content of the skin and works as a sunscreen.[9] It can also be very protective against hair damage.[10]

How to choose a coconut oil
Coconut oil that is labeled “virgin” or “extra-virgin” is extracted from coconut meat by using cold-pressing methods, which contains more antioxidants as well as a stronger coconut flavor. 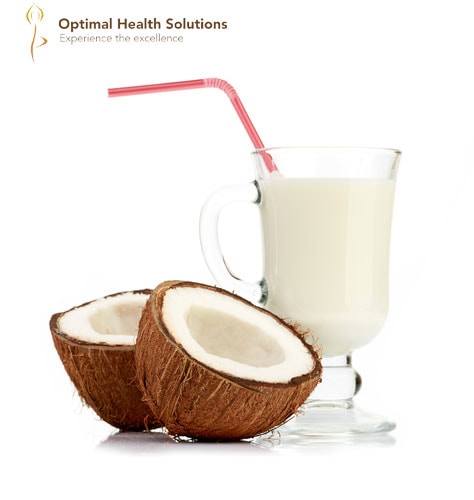 Other use of coconut oil

Coconut flour Recipes
Besides baking, the light coconut flour makes a wonderful coating for chicken, fish, or other proteins to replace regular flour or cornmeal.

Coconut Biscuits
These delicious flaky biscuits and the rich chocolate cake won’t stop you from eating them! 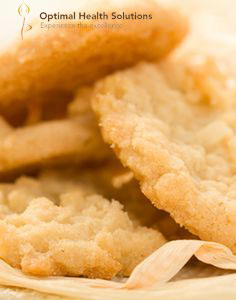 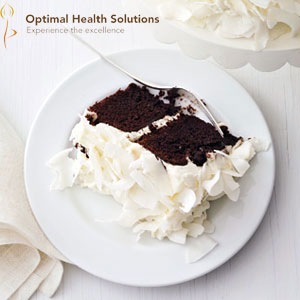 Do you know that hypnosis is a great way for weight loss? It is certainly worth trying. Our “Healthy Eating Hypnosis Recording” for weight loss uses powerful brainwave technology and embeds the hypnosis recording in alpha brainwave background music, along with advanced hypnosis techniques such as Embedded Commands and Post Hypnotic Suggestions, which aim to help you achieve long-lasting weight loss! 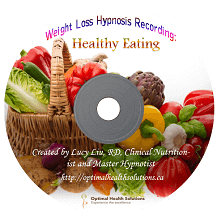 “Let these three things be your physicians-A cheerful mind, relaxation and a moderate diet.” – Unknown