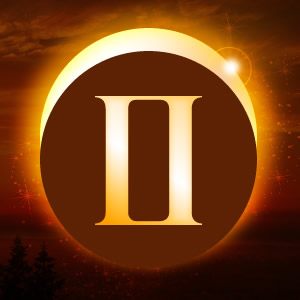 The energy in June is fast-moving and energized because Gemini is an air sign. That is only a part of the story, there are lots of events happening in June, let’s take a snapshot: on June 10th, we are going through a solar eclipse in Gemini; on June 14th, we are encountering the second Saturn and Uranus square; on June 20th, we are welcoming the summer solstice this year, at the same time, Jupiter will start to retrograde in the water sign of Pisces. On June 22nd, Mercury will end retrograde in the sign of Gemini. On June 24th, we are expecting a Strawberry Full moon in the sign of Capricorn, right after that, on June 25th, Neptune will start to retrograde in the sign of Pisces. It is indeed another busy and intense month.

Gemini is an air sign, people with the sign of Gemini are social and chatty, they enjoy communication with friends and on social media. They also have a strong mental energy that focuses on facts. With five planets in the air signs this month, the energy is swift and speedy; we shall see lots of activities on social media. Also, more new social platforms are surging with Aquarius energy that is associated with technology and information. Since mainstream media has been dominating our news for decades, it is time to bring in the fresh air and more truth and transparency in our social medial, this is the calling from the Age of Aquarius.

This full moon delivers a double six (66) that will occur on June 24th (2+4 = 6). Number 6 is associated with vision, with double six (66), it expands our vision on a larger scale; it suggests us to look at a bigger picture and design our life based on our vision. The truth is that we have way more potentials and talents than we were programmed as a human race, we are intergalactic beings. It is time for us to take a leap of faith and follow our vision to create a better world and a great life. 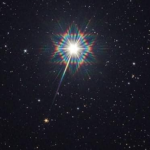 On June 10th, A new moon annular solar eclipse will occur in Gemini in the north node, which happens when the moon covers the center of the sun and leaves the visible outer edges of the sun to form a “Ring of Fire” or annulus around the Moon. A Golden Stargate will open during this eclipse period to help raise our vibration for ascension, therefore, the energy is supercharged during this time. This solar eclipse signals the new beginning, while the lunar eclipse on the full moon day in Sagittarius in the south node last month signaled the ending of an old story. It suggests you tolet go of something that you have been holding onto for a long time and empty the space for the new event coming into your life. It is about releasing the old and embrace the new.

We also experienced increased solar flare activities in May. The solar wind hit the magnetic field of the earth on May 25th and sparked geomagnetic storms on May 26th, which triggered massive sun shifts and the great awakening of mankind. With the solar eclipse close to the north node of Gemini and conjunct with Mercury retrograde, which is the ruler of Gemini, we are taking a jump in communication with technologies, such as quantum computers, but it also shows its weakness in this fabric reality, such as fake news and deception in mainstream social media. In our history, the truth was never told but obtained through conscious seeking and learning, this is a hard fact.

Gemini is also about the choices with the twin energy, with the solar eclipse that triggers the new beginning, it is time to follow your heart desires instead of feeling enslaved by a job that sabotages true your potentials. We are moving to the 5D new earth, it is resonated with higher frequencies, only when we follow our heart and leave the fear behind, we will create a more fulfilling path and in turn, bring more happiness in our life. Isn’t it? Whenever you feel stuck in fear and anxiety due to challenges, remember, what we so-called reality is just another dream state, which you feel very real. It is a virtual game that we as organic AI structures are creating. Once you realize this, the fun of the game starts! 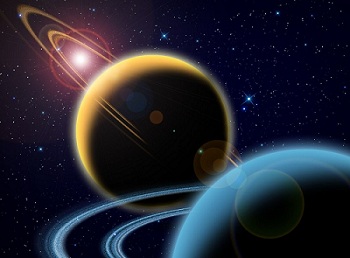 We encounter another challenging Saturn squaring Uranus
this month, so we will likely experience more unexpected changes and conflicts especially between people and authorities globally because Saturn is
associated with authority and restrictions, while rebellious Uranus yearns for freedom. Uranus triggers disruption and sudden changes that lead to freedom. We would also expect more activities in the United States, which is linked to Donald Trump. This is not a surprise, Donald Trump’s sun sign is sociable Gemini and his moon sign is firing Sagittarius, interestingly enough, rebellious Uranus is in his 10th house that rules his career. With both the lunar eclipse in Sagittarius last month and the solar eclipse in Gemini this month, it will have a significant impact on both of his career and emotional aspects for the next 6 months. He is going to shed some light on new beginnings for the United States with the energy of Gemini solar eclipse, which is very good news to the rest of the world! We can see that he is more active in June, he just delivered a very heartfelt speech at the NC State GOP convention on June 5th, which is the first time he spoke in front of the masses since January 20th, 2021. We would likely expect more activities from him in the next few months. 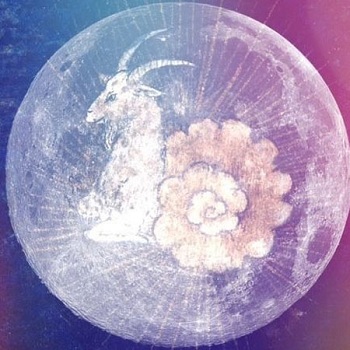 A Detailed Analysis about the Capricorn Full Moon

The full moon on June 24th is in the zodiac sign of Capricorn. Venus opposites Pluto, Venus is associated with love, relationships, and harmony, while Pluto triggers transformation, with security seeking Capricorn, some issues with power struggles in relationships may play out, especially related to finance. Impatient Mars opposites restrictive Saturn, and rebellious Uranus sits in the middle to form a challenging T- square, we will likely see more protests on the street globally because action speaking Mars works with freedom-seeking Uranus to fight against the restrictions placed upon by the authorities, which is associated with Saturn.

Expansive Jupiter is in Pisces and forms a favorable sextile position with Capricorn, it is a perfect constellation that may help bring in some growth in the finance department, for example, the stock market may rise after the fall. Both Jupiter and Venus are in the water sign, we may see some floods in certain places in the world due to the expansive nature of Jupiter, on the other hand, we may also have good control of forest fire during the fire season now with these planets in the water signs, it is all about balance.

With expansive Jupiter coupled with Neptune in Pisces, we may face two different storylines both in the higher dimension and lower dimension due to the duality nature of Pisces. On the negative side, Neptune can cause deception and illusion. Here are two scenarios that may play out: a false flag of alien invasion may be played out by the mainstream media to trigger the fear in public because Jupiter is also associated with travel, with expansive energy from Jupiter, information about intergalactic travels will start to draw our attention at a large scale. Another scenario is the disclosure of information about UFOs, which has been hidden from the public for decades. With Jupiter retrograde at the end of June, we may get an iceberg of the information about UFOs from public disclosure. However, the information is there for those who are willing to seek the truth. 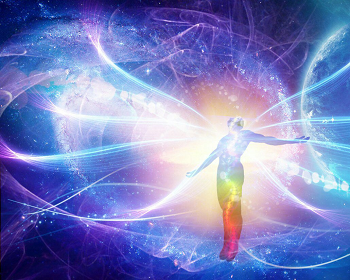 At the personal level, this is a period to test relationships. We have to embrace the transformative energy from Pluto, and let go of old beliefs that prevent us from moving forward and welcome to changes. This is the time to create and embrace a new chapter in our life.

With the “Ring of Fire” solar eclipse this month, it opens a GoldenStargate to help raise our vibration for manifestation. This is a great time to manifest your deep desires because the energy is at its peak. You may have already experienced lots of big shifts in your belief systems, especially for those whose zodiac signs are Sagittarius and Gemini. Your expectations about personal relationships and finance also start to change significantly. This is a great opportunity to manifest a new career or better relationship based on your heart desires. In order to supercharge your manifestation engine, you have to let go of fear and doubts. Fear is the greatest illusion; it often prevents us from moving forward. The best way to conquer fear is to visualize your dreams and success on a daily basis, control your thoughts with constant intention and efforts. With diligent practice, you are able to master the mind control and become the captain of your destiny.

I hope you enjoy the information, if you would like to book a personal reading with Lucy Liu, please check a variety of readings that she offers.