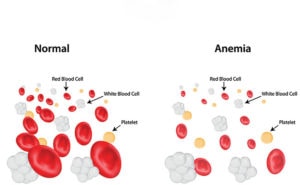 Do you know that anemia has impacted millions of women globally? This condition means you have a lower than normal red blood cell (RBC). Anemia may also result from a low level of hemoglobin, which is the protein that transports oxygen to the body. Iron deficiency anemia is a common type of anemia that is due to an insufficient amount of iron stored in your body, which causes the blood to lack an adequate amount of healthy red blood cells. Red blood cells carry oxygen to the body’s tissues; when their capacity is affected, this can lead to chronic fatigue, lack of energy, shortness of breath, headaches, reduced appetite, and even poor sleep quality.

Many people who suffer from chronic anemia jump to the conclusion that the lack of adequate amounts of iron storage in the body is the cause of iron deficiency anemia. This is why iron supplements have been one of the bestselling products in drug stores in the past few decades. However, iron pills are not the solution for chronic anemia. According to Traditional Chinses Medicine (TCM), the spleen system is the key to generating blood and controlling its quantity in the body. Additionally, the Qi or energy in the spleen system holds the blood in the vessels. As a result, if the Qi or energy in the spleen system is weak, there may be a loss of blood in the body, which causes anemia.

In Western Medicine, most people think that the spleen is mainly responsible for the immune system and produces lymphocytes. According to TCM, the spleen is paired with the stomach and pancreas, all of which are important organs in our digestive system. The Spleen system is a very important system in the production of Qi or energy, which is called the “Foundation of Postnatal Existence”. In order to keep a sustainable life, our body has to be nourished by the energy that is derived from food. We must rely on the nutrition from the food in order to stay alive. This is why the spleen is called the source of postnatal energy. Therefore, if the Qi or energy is weak in the spleen system, this can impact the quantity and quality of the blood in the body and leads to anemia.

So the first step to preventing chronic anemia is to boost the Qi or energy in your spleen system. How to do it? Here are a few tips.

Let’s first talk about mind control, according to TCM, the spleen system governs “thinking”. If you have a tendency of overthinking, this can weaken the energy flow in your spleen system, which in turn affects your spleen function. One of the best things that you can do to improve your spleen system is to be mindful of everything you do, including mindful eating. Mindful eating is also the key to preventing eating disorders and overeating habits. 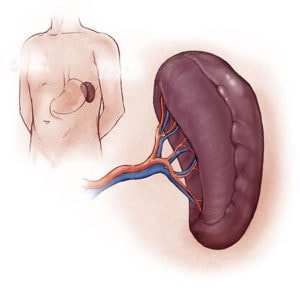 All the organs are associated with emotions according to TCM, the spleen is associated with the emotion of worry. Do you know that 80 to 90 percent of your worries never happen? The mind is everything that creates our reality. The key to stopping worrying is to be mindful of the present moment and stay present.
Grounding is a great way to reduce worry and anxiety.

Massaging your belly will help enhance the function of the digestive system and improve the absorption of nutrients. You may ask why choose the belly. There are many important acupoints around the abdomen, by stimulating these acupoints, you will feel calm and at ease for the rest of the day. This exercise can help prevent constipation, enhance the digestive system, improve sleep quality and also prevent cramps during the menstruation cycles for women. 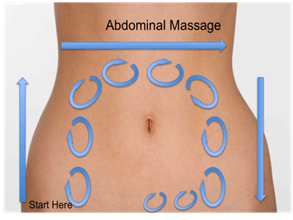 There are many ways to massage your belly. One simple way is to lie down and relax your whole body by taking a few deep breaths; then warm up your hands by rubbing your palms against each other. Use both hands to massage your abdomen clockwise 100 times, then massage your abdomen counterclockwise for another 100 times. In order to achieve the best result, you should focus your attention on your abdomen and visualize that your belly becomes flat and the energy is flowing smoothly as you move your hands. You can do this exercise twice a day, right after you wake up in the morning and before you sleep at night. If you practice this on a daily basis, soon you will notice that your digestive function is improved, so as the detoxification process in your body with an efficient bowel function. Your waistline is shrinking as well. In addition, your sleep quality is improved as well when you practice this before you sleep.

4. Nourish Your Spleen with Food

After taking good care of your spleen system, now let’s talk about the foods that will help you fight against iron deficiency anemia.

Red beetroots have a significant amount of iron. In addition, consuming beets and drinking beet juice can help in the regeneration of red blood cells. 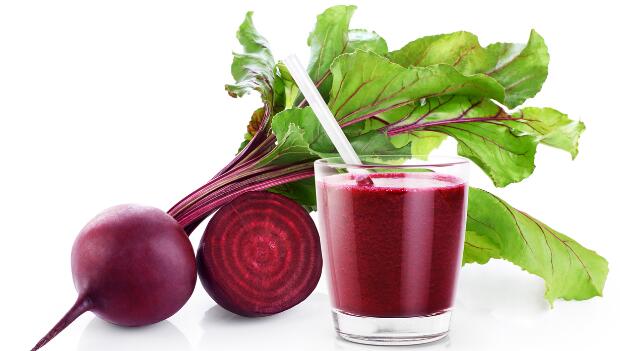 Beets are said to have grown originally in the Hanging Gardens of Babylon. Elizabethans used to enjoy beets in stews and tarts. Medieval cooks used beets in cooking and preparing pies. Beets are a prehistoric and ancient food that grows naturally in Asia, Europe, and North Africa coastlines.

The beet greens were the ones originally consumed. The red and sweet beetroot that most individuals think of as “beets” today was not cultivated until the ancient Rome Empire. By the19th century, however, the natural sweetness of the beets started to be appreciated and beets began to be utilized as a sugar source.

Here are some nutrition facts about beets. 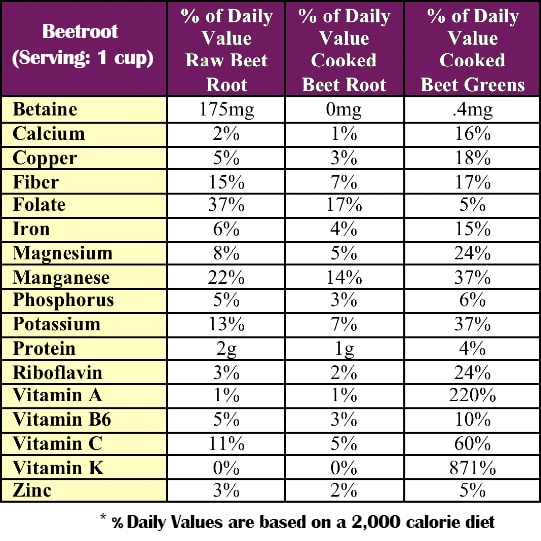 With these enormous benefits, you have many good reasons to consume beets. They not only help you prevent anemia, but you can also benefit from various essential nutrients in the beets for better health in general.

There are other foods that can help you prevent iron deficiency anemia.

If your body is not absorbing the iron, adding iron to your diet will be useless. Citrus fruits and bright color vegetables such as oranges, peppers, papaya, and strawberries are great sources of vitamin C (ascorbic acid), which is known to facilitate iron absorption. Lemon juice has shown more efficiency to exert this effect due to the acid in the lemon, which can help change the iron from non-absorbable ferric iron to more absorbable ferrous iron. 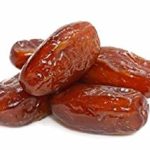 Dates are not only rich in iron; they also contain a variety of antioxidants that can help boost energy. Dates also contain magnesium, manganese, and selenium. Selenium is known to prevent certain cancers. These minerals are necessary for healthy and strong bones.

Figs are a good source of iron. Half a cup serving of dried figs contains 1.5 mg of iron. Figs are rich in minerals and vitamins such as potassium, calcium, magnesium, copper, vitamin A, E, and K, which contribute to our vision, heart function, and bone health.

You may wonder what else figs can do to your health.

The spleen is linked to your lymphatic system where the immune cells are transported to the various parts of the body. Your Lymphatic system is the second filter to remove the micro-toxins in the body, while the liver is the first filter to break down the macro-toxins. If your liver is loaded with toxins and pathogens, it adds more stress on your lymphatic system, this is why detoxification is a MUST for a healthy lymphatic system, which in turn can strengthen your spleen function and your immune function. Keeping the alkalinity of your body is the key to strengthening your immune system, fresh fruits and vegetables are the great choices to alkalize the body, juicing daily is a fast way to keep your lymphatic system clean, also limit the toxins from GMO foods, dairy products, gluten, and all the processed foods, etc. In fact, the most bioavailable amino acids are in fresh fruits and vegetables, especially in leafy greens, they can be easily reassembled into different proteins by your liver and body cells for the various functions in the body. Hemoglobin is an iron-containing oxygen-transport protein in the red blood cells that carries oxygen to your body’s organs and tissues and transports carbon dioxide from your organs and tissues back to your lungs. Therefore, to prevent iron deficiency anemia, you need to keep up the intake of both iron-rich food and amino acids from fresh fruits and vegetables. 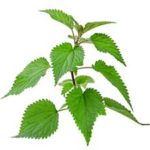 Also known as stinging nettle, this herb has very high iron content. It also contains other nutrients such as vitamins A, C, K, and vitamin B group. As we know Vitamin C can improve iron absorption in the body. You can take it either as tea or as a supplement to boost your iron intake. 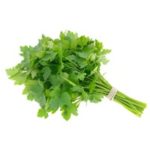 Parsley is a popular herb in your kitchen. But do you know it is a great source of iron? An easy way to get iron from this nutritious herb is to drink parsley juice or tea. In addition, parsley displays excellent anti-inflammatory properties due to its rich content of flavonoid antioxidants. The vitamins, minerals, and antioxidants found in parsley such as vitamin C, A, K, Folate, and Niacin can help strengthen our immune system. It also aids digestion; we just cannot get enough of this amazing herb, isn’t it? 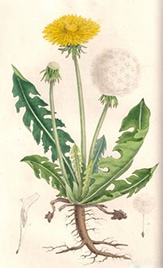 If you have trouble absorbing the iron, dandelion can help. This medicine herb not only contains a high level of iron, but it also enhances your body’s ability to absorb the iron. How amazing is that? Dandelion is also rich in calcium, which can strengthen your bones. Another surprising health benefit of dandelion is its diuretic and antimicrobial properties, it can help eliminate the toxic substances in the kidneys and the urinary tract, and it also inhibits the microbial growth in the urinary system to prevent bladder infection and urinary tract infection.

What is the real culprit of bladder infection and urinary tract infection? Probably not what you think.

Here are some foods that may affect your body’s ability to absorb iron.

Calcium-rich foods such as dairy products, calcium binds with iron in foods and inhibits the absorption of both non-heme and heme iron.

Food high in oxalates such as tea, chocolate, rhubarb, and wheat bran. Oxalates affect the absorption of non-heme iron. 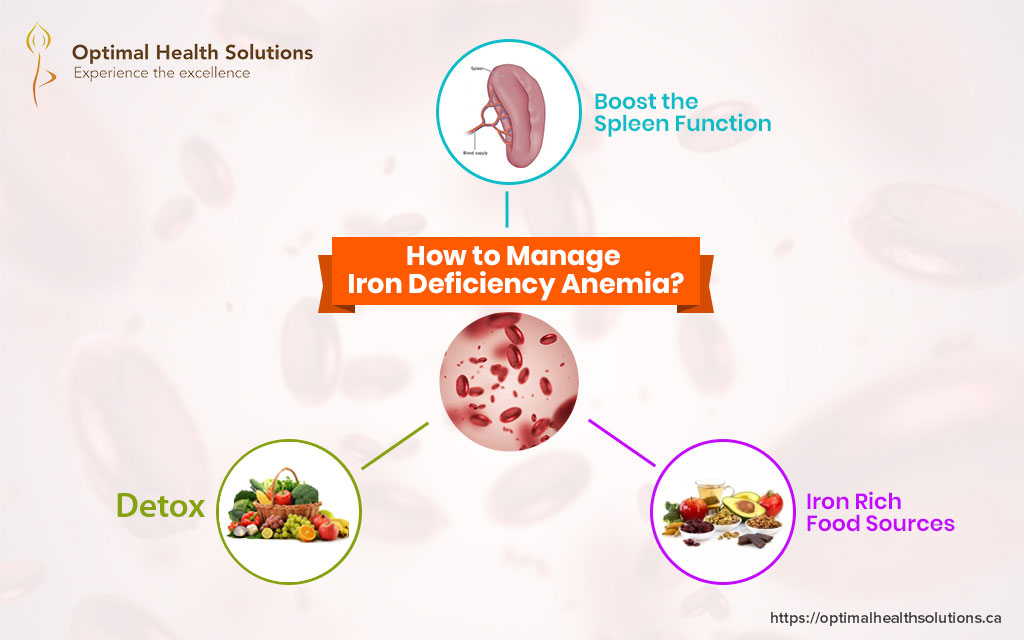 What are your tips to manage anemia? Please share with us.

If you are interested in more tips about health from Traditional Chinese Medicine, check my ebook “Harness the Magical Power of Ancient Chinese Medicine”. This book gathers the wisdom from ancient Chinese medicine, including how to balance the Yin and Yang energy, how to work on the energetic points of different meridian systems and how to harmonize the Five Elements such as the Fire, Water, Wood, Earth, and Metal in our body. It provides a framework to help you develop an easy-to-follow daily routine that not only cures chronic conditions but also prevents illnesses down the road, and achieves optimal health. 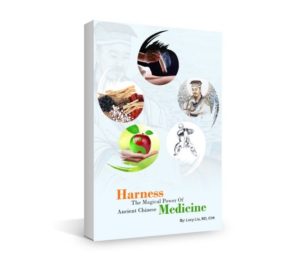 “To enjoy good health, to bring true happiness to one’s family, to bring peace to all, one must first discipline and control one’s own mind. If a man can control his mind he can find the way to Enlightenment, and all wisdom and virtue will naturally come to him.” ~Buddha